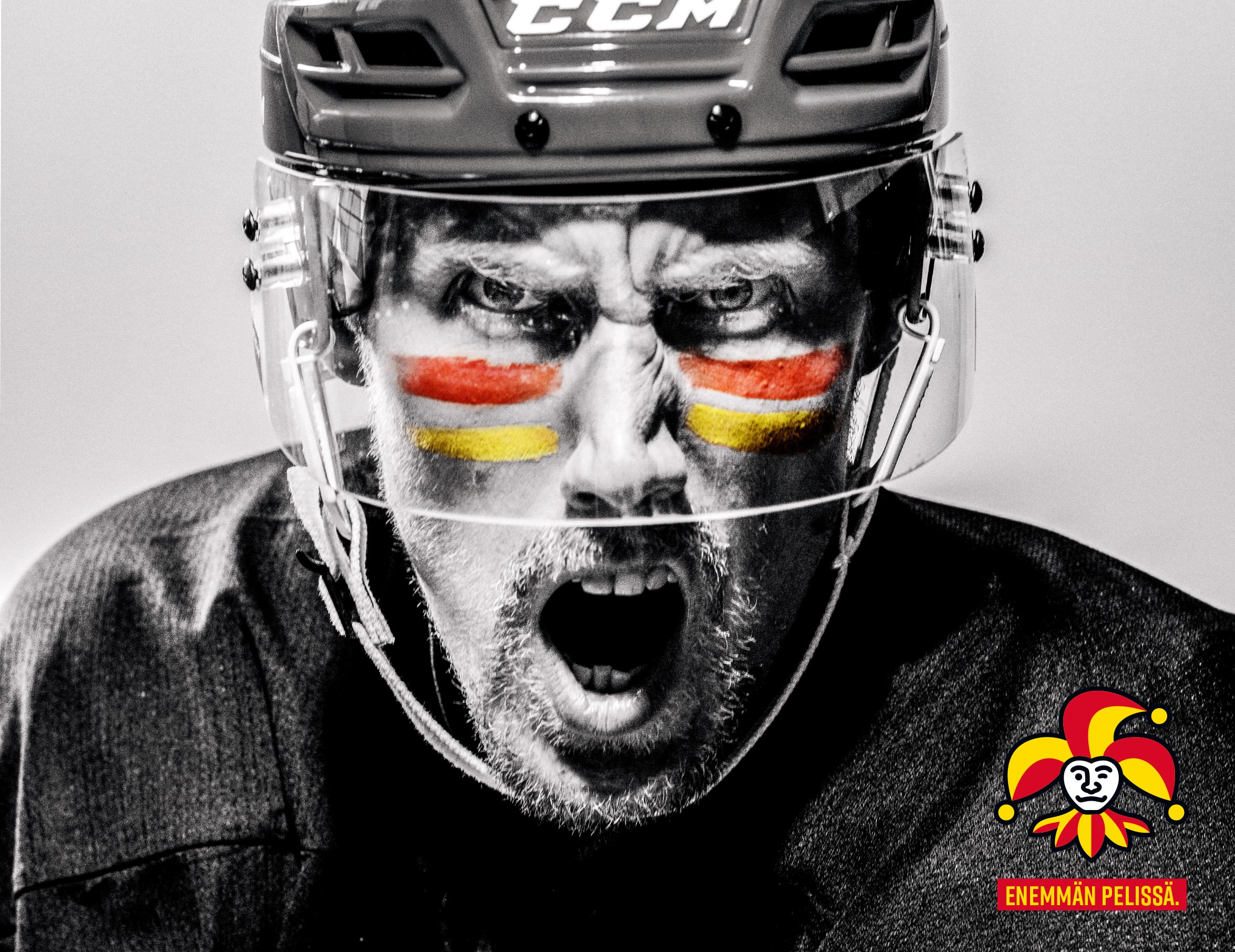 Campaigns & Concepts
A year ago, we started working with Jokerit by creating a strategy of developing a stronger sense of community, while also bringing out their superstars. One hell of a year later, we were ready to dive even deeper. With Jokerit’s new owner, hockey legend Jari Kurri steering the wheel and famously talented new player acquisitions bringing new attack to the team, Jokerit truly had more in the game.

Ice hockey is all about dedication, passion, sweat – and fearlessly celebrating your colors. We designed a campaign that would show off team’s bold and unwavering attitude with raw and unpretentious visuals, combined with strong messages.

Campaign presented team’s biggest stars, most fiery fans and owner Jari Kurri, who raised the bar high with a heartfelt and to-the-point “Enemmän pelissä” manifest catching the eyes in the front page of Helsingin Sanomat. More than that, we surfed the wave of hockey mania that started with ´19 World Championships victory, and utilized well-known champions in the season start visuals.

”Enemmän pelissä” campaign took over the streets, city hubs, print, digital and social media channels in Helsinki and beyond. It raised media’s attention and brought a lot of earned, positive visibility with 180 published articles.

One campaign gem, and a definite keeper from last year, is #JOKERITMOMENTS. This huge social media success story has been playing its part in growing the numbers of Jokerit IG-followers by +30 % in less than a year – all leading to fan ticket sales and community activity booming to new levels. 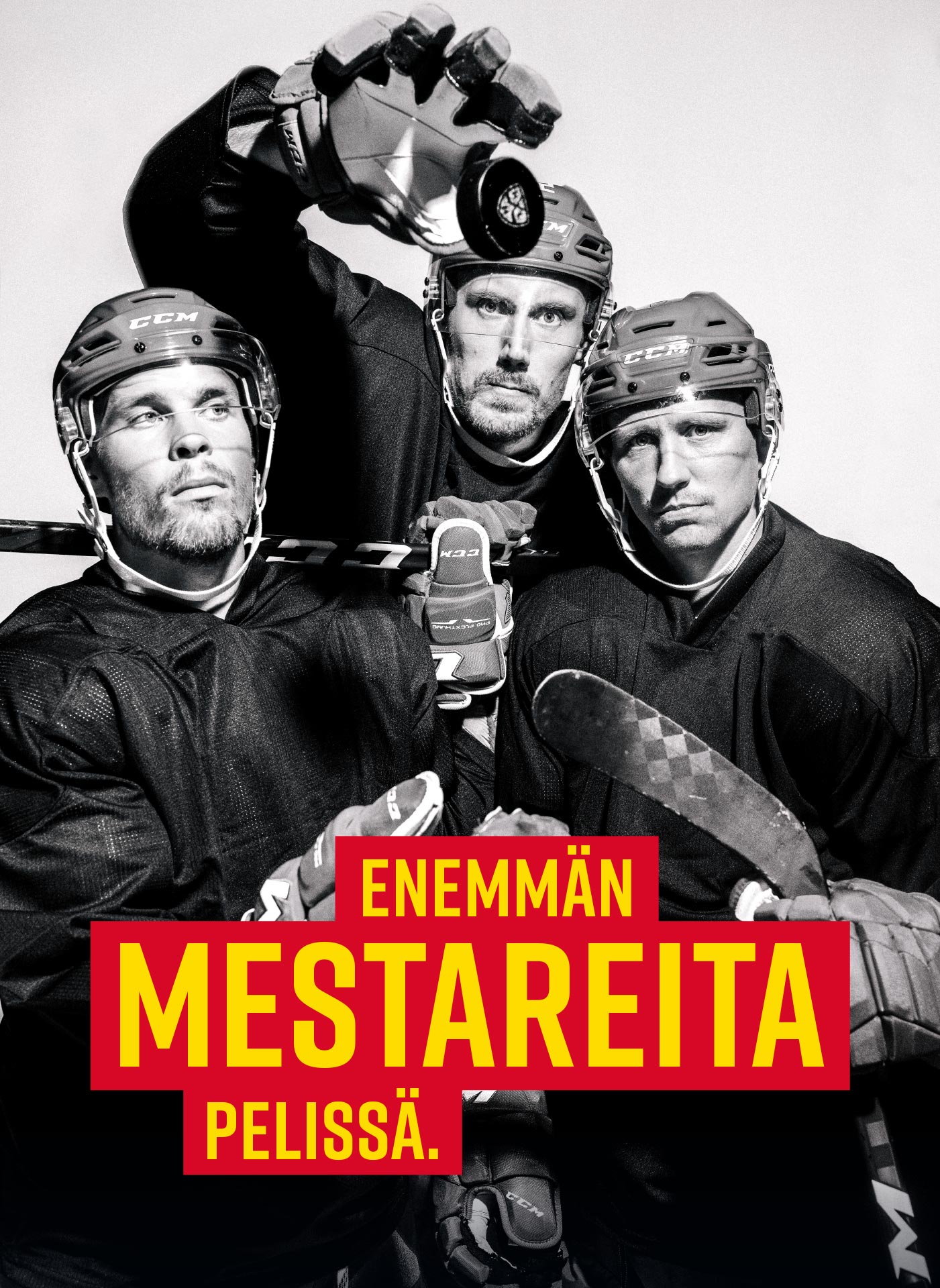 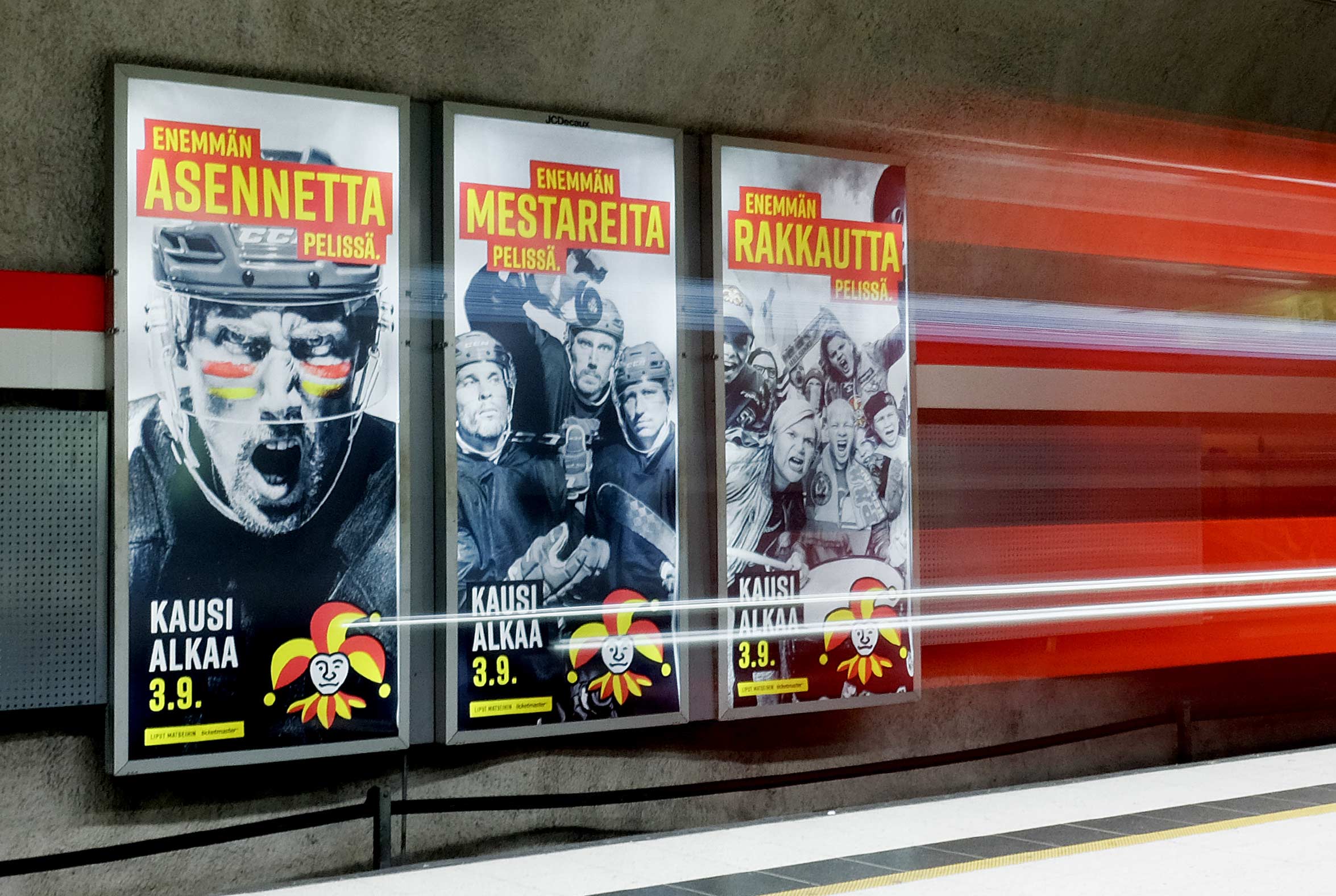 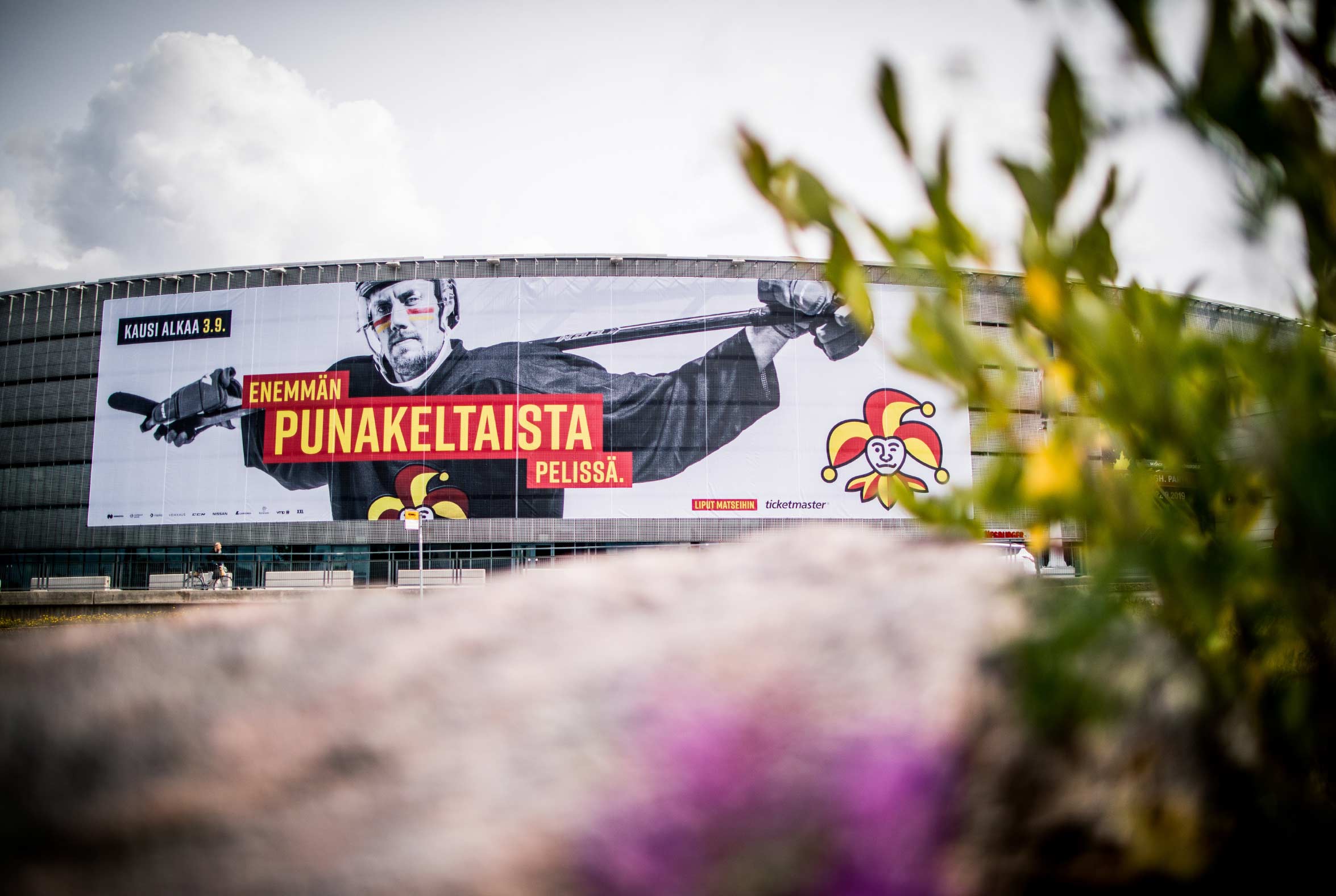 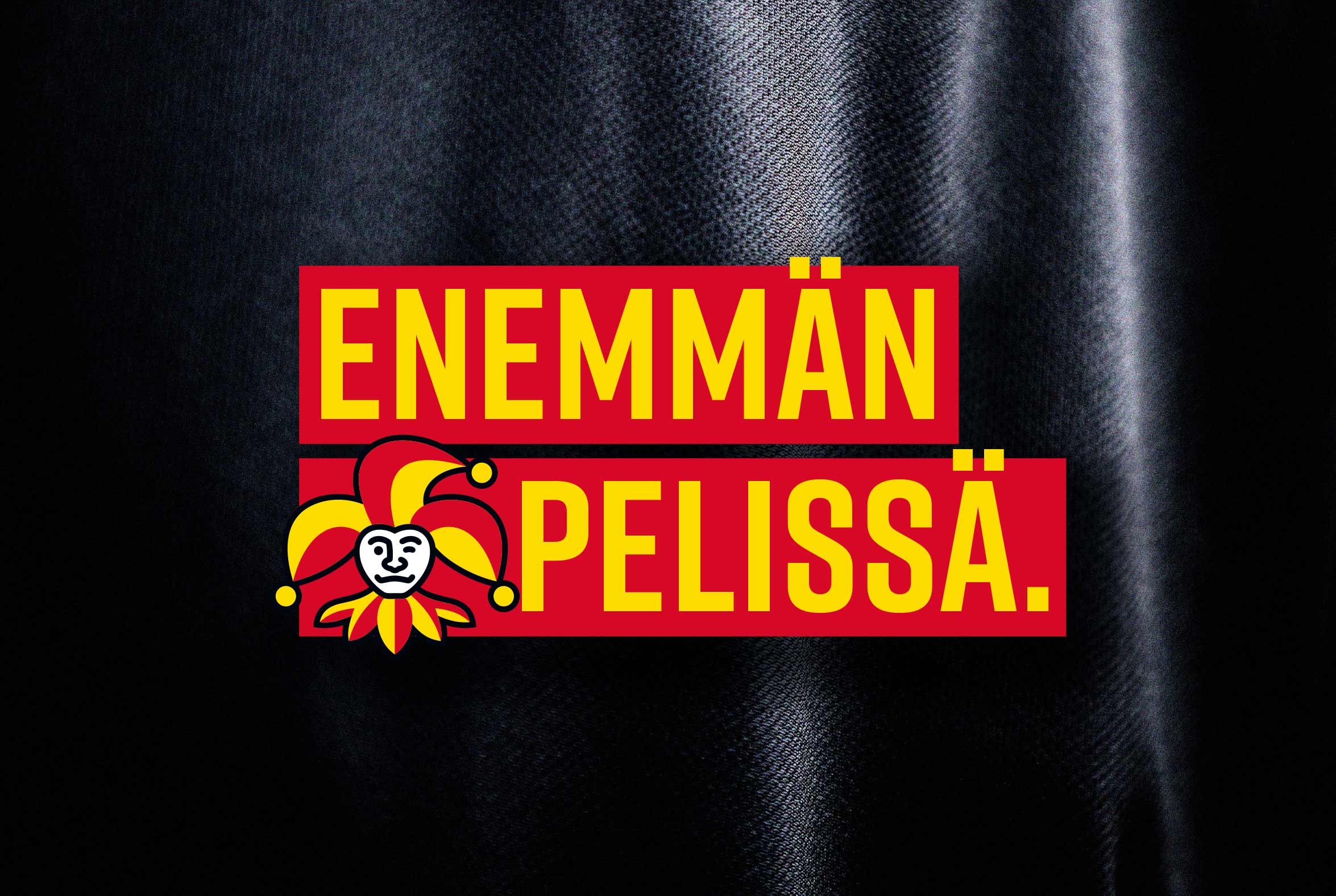